The following article first appeared in the February 2008 issue of PR Tactics. We are republishing the article here in honor of Black History Month.

Established in 1990, the D. Parke Gibson Pioneer Award is PRSA’s highest individual honor presented to a PR professional who has contributed to increased awareness of public relations within multicultural communities and participated in promoting issues that meet the needs of these diverse communities.

D. Parke Gibson, for whom the award is named, was a pioneer in multicultural public relations. He was the founder of the first Black-owned PR firm, D. Parke Gibson International, in New York in 1960.

“He had the respect of so many people, especially the young African Americans, because he was, indeed, a pioneer,” says Ofield Dukes, APR, Fellow PRSA, president of Ofield Dukes & Associates in Washington, D.C., and a 2002 recipient of the D. Parke Gibson Pioneer Award. “At that time, there were very, very few African Americans operating their own business in communications.”

Says Terrie Williams, president, the Terrie Williams Agency in New York: “D. Parke Gibson forever changed the face of public relations; not simply its appearance, but its voice and vision.”

Williams, a 2001 recipient of the D. Parke Gibson Pioneer Award, continues, “We cannot fully appreciate the significance of his risk, but it is because of his fearless drive and passion that I can stand here. I am able to do what I do and achieve what I have because D. Parke Gibson helped lead the way.”

Gibson published The Gibson Report, a marketing guide on the Black consumer market, and Race Relations and Industry, a periodic report on equal-opportunity compliance, publications that Dukes found invaluable.

“D. Parke was very generous in sharing information through his newsletters. They always included examples of successful and effective PR and marketing techniques,” Dukes says. “The corporations were in the process of discovering the fact that the purchasing power of African-Americans was just tremendous. D. Parke was one of the first to provide the research.”

In 1969, Gibson published “The $30 Billion Negro,” an examination of the consumer strength of the African American community. Divided into three sections — a history of the market, ways to predict the market and how to develop the market — the book explained that, to utilize the resources of the African-American population, large corporations must alter communications strategies to appeal to this increasingly affluent community. (Macmillan published the revised edition in 1978 as “$70 Billion in the Black: America’s Black Consumers.”)

As Dukes notes, during the 1960s, many corporate executives still regarded PR professionals as publicists. Gibson, however, was providing strategic insights at the highest level. For example, through his newsletter and counsel, Dukes says Gibson was instrumental in getting corporate executives to better understand Title VII of the Civil Rights Act of 1964, which prohibits discrimination by employers on the basis of race, color, religion, sex or national origin.

“The person who, in his own way, contributed to the awareness of corporate executives to be responsive and sensitive to supporting Title VII was D. Parke Gibson,” says Dukes, who worked on Vice President Hubert Humphrey’s unsuccessful presidential campaign in 1968 before opening his own firm in 1969.

Gibson was a passionate advocate of public relations as well as for the integration of communications, marketing and advertising. For the November 1967 issue of the PR Journal, Gibson wrote an article titled “Race Relations: A Plan to Avoid Social Disasters” that outlined how senior management could better communicate with the African American community and, more important, why it was necessary. 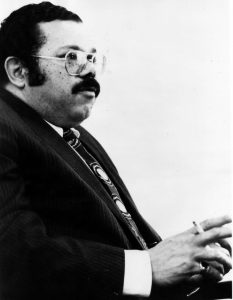 The article was written as a response to the race riots that took place in several cities, most notably Newark, N.J., and Detroit, during the summer of 1967. “The effective use of public relations techniques could go far in helping to solve one of the gravest crises ever facing our nation,” Gibson wrote. “Race relations is, perhaps, the biggest challenge facing public relations today.”

In addition, Dukes says, “D. Parke was pointing out in his publications the economic advantages of corporations to develop specific strategies and programs to [tap into] the influential African-American market. What you see now in terms of diversity to promote the huge African American middle class… the foundation was laid by D. Parke Gibson back in the 1960s.”

Prior to opening his own firm, Gibson was an advertising representative for Interstate Newspapers, 1954-56; manager of public relations for Johnson Publishing Co., 1956-59; and promotion director for Sengstacke Publications, 1960. Gibson was a PRSA member from 1966 to the time of his death from a heart attack in 1979. He was 49.

“He was brilliant of mind, very creative. He was a soft-spoken, humble person,” Dukes says. “He was always willing to reach out to provide information and assist others.”

After learning that he would receive the award in 2002, Dukes says he “paused and looked at the sky to the heavens and said, ‘D. Parke, I wish you were here.’” Dukes goes on, “He opened so many doors in communications because of his excellence. It meant quite a bit for me to be thought of and recognized in the spirit, the context, of his pioneering success.”

John Elsasser is the publications director of PRSA.