Companies and organizations of all sizes today are increasingly under pressure — from activists to employees — to speak out on high-profile political and social issues. In this tumultuous past year, stakeholders want to know where companies and CEOs stand.

The 2021 Edelman Trust Barometer found that 86 percent of the general population expects CEOs to speak publicly on social issues while 68 percent feel that CEOs should step in when the government does not fix societal problems.

Whether to speak out on political or social issues will be different from company to company. For insights, PRsay asked 14 communicators for their thoughts on the factors that a company should consider before weighing in on a social issue. 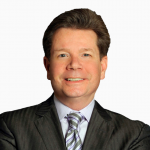 “[There’s] no question that many CEOs feel compelled to weigh in on political and social issues, but their reasons for doing so vary. What’s clear — and most important — is that CEOs are now operating in an era of accountability.

In the era of accountability, CEOs must back their public proclamations with measurable performance. If CEOs act on what they say, they will be rewarded in terms of stronger bonds with their employees, customers, investors and communities. If their words prove hollow, then they will face consequences, putting their companies and jobs at risk. In the era of accountability, accountability is the crucible of trust. After all, nothing builds trust more than fulfilling a commitment, and nothing erodes trust more than failing to do so.” 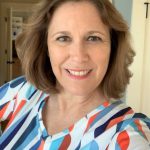 “Ben & Jerry’s has been speaking up about social issues for nearly 40 years and it may be more important now than ever. Consumers are increasingly looking to companies to address or even solve some of society’s most complex challenges.

The truth is, companies have always weighed in on governmental policies, but it was done by backroom lobbyists for the sole benefit of the company. Now, we’re in an age of hyper-transparency and consumers are asking us to act in the common good.

Our focus on social, economic and environmental justice stems from our co-founders’ values, and those values continue to guide us. Because, for better or worse, business is the most powerful entity in our society, and we have a responsibility to use that power to create positive change.” 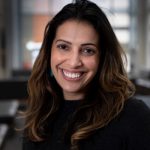 “One good indicator on whether or not your company should make a statement about a social issue is when your silence says more than your words would. If you’ve never made any type of public statement before, then you’ll need to explain why now. Your words are empty if you cannot articulate how you will do better going forward. Even if it takes you an extra day to formulate a thoughtful response, getting it right is better than getting it done.” 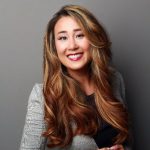 “The rise of CSR is blurring the world of business and social impact. As organizations enter these conversations, it is imperative that participation is not performative. Performative statements, donations and actions that do not align with a company’s core values and culture will create negative sentiment and — at its worst — lead to cancel culture.

It is critical to be authentic and honest about where a company stands on the issue and, if there is work to be done, being honest and accountable about what that path forward looks like is the key to navigating the conversation today and beyond.” 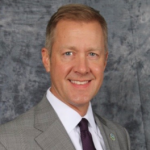 “I am a firm believer that saying ‘nothing’ is actually saying quite a lot. Not responding to emerging social and political issues can send a clear and distinct impression that a company does not care enough to acknowledge an injustice as it plays out. While responding to an issue may not align with all of your audiences, part of our responsibility as communicators is to serve as our organization’s conscience. And that means being mindful of current events and offering an opinion of what the company and its leadership feels is ‘right’ or appropriate. Follow your gut.” 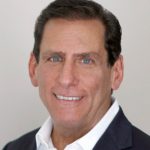 “In 2018, Business Roundtable, an organization whose membership consists of roughly 350 of America’s top CEOs, redefined the mission of a corporation by shifting focus from shareholders to stakeholders, including employees, communities and the world’s inhabitants (including shareholders). The initial acclaim grew into frustration when nothing changed. Then came a rapid series of very sensitive social issues — #metoo, Black Lives Matter, the Capitol insurrection — each of which seemed to unfold with increasing magnitude and momentum.

Many CEOs felt compelled to say something, and the media rewarded them for it.  Companies who unambiguously declared their positions against sexism, racism and false election claims generated positive media coverage. The challenge for some CEOs is matching their desire to say and do the right thing with their fear of getting it wrong. Today, silence is not an option and, in many cases, it speaks louder than words.” 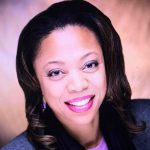 Depending on the issue and the responses to those questions, leaders must strike a careful balance. Strategic silence may, at times, be the best stance. Other times, it can communicate quiet complicity and a tacit nod to the status quo.”

— Monique Farmer, APR, Professor of Practice in the College of Journalism and Mass Communications, the University of Nebraska, and Creator, Anvil Ready 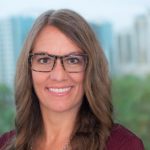 “Companies will continue to be confronted with situations to speak out on controversial topics; however, they shouldn’t wait until they make the news. Companies can and should use their voices and their resources to address social injustices as soon as their viewpoint is clear, and they have a plan in place.” 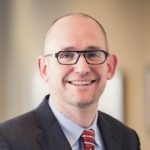 “There’s no question that it’s a different ballgame. Companies who used to keep their heads down and ‘stay in their lane’ are now finding that customers, employees, communities and even some investors are expecting to hear their positions on important social issues.

A few years ago, Padilla developed a ‘Social Issues Scorecard’ that took into account the different dimensions to consider when determining if, and how, to take a stand on any number of external issues. Those using the scorecard are finding some common themes:

Those themes continue to play out today even as new — and more numerous — social issues come to the fore.” 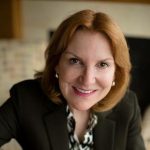 “When deciding on whether to take a position on a social issue, I advise revisiting the organization’s core values. If the core principles are well-considered and well-articulated, then we can then ask, ‘Does the issue at hand breach or conflict with those values, and how will our decision impact employees, customers and stakeholders?’ This is one of many instances where it’s vital for organizations to have and to act on a strong set of company values.” 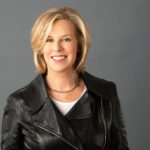 “In this day and age, I believe the decision to engage with a controversial social issue should be driven by, whether or not as an employer, the issue impacts your workforce broadly. If the answer is yes, then a compassionate statement should be crafted that is an authentic representation of the firm’s values and distributed to all of your key stakeholders — whether internal or external.” 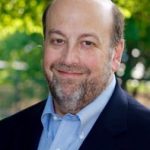 “Companies are facing increasing pressure from customers, employees and investors to speak out on social issues. But the decision of when to take a moral stand and when to hold back is all the more difficult when a misstep, either way, can expose the organization and its leaders to calls for public cancellation.

The answer depends on the issue and the organization. Among the questions companies need to ask:

• Is the issue aligned with our strategy, mission and values? Employees will be quick to call out any disconnects between what leaders say and what the company is actually doing.

• What do we want to achieve by taking a stand, and are our motives pure? Statements that come across as virtue signaling, woke-washing or advancing a personal [agenda] rather than business agenda will be criticized as inauthentic and offensive. The Dallas-based Pizza Inn chain learned this the hard way on January 5 when it tweeted out and quickly rescinded a press release in which its CEO put forth a series of recommendations for ensuring “election integrity.” Ironically, the riot the next day at the U.S. Capitol was the only thing that saved the company from further criticism for attaching its brand to an issue so far removed from its mission and expertise.

• Have we fully considered the risks? If the organization’s purpose for speaking out doesn’t clearly outweigh the dangers, then it may be wise to consider a different course, such as joining a coalition of concerned companies.

• Are others in our industry speaking out on the same topic? What are they saying and where?” 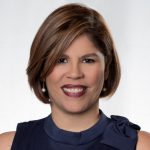 “Over the last decade, companies have been under great pressure from their audiences to take a stand on social, political and economic issues. But it’s only a matter of a good, well-developed communications strategy to determine when to share your position on any of these public discussions. Which factors should you consider to determine your responses? Here, I share some of them:

First, evaluate if the issue aligned with your company’s strategy — this is key to make your conversation relevant, internally and externally speaking. Then, identify actions, programs, initiatives that you can put in place to meaningfully, and intentionally influence the issue. And third, consider how aligned your audiences are and how they have reacted. The answers to these questions not only will guide you in the decision-making process about when to become active, but will also help you identify the level of exposure you’re willing to assume, as a leader on the conversation or as a follower.” 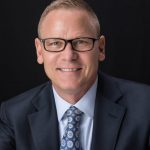 “I have developed a series of questions to help our organization decide whether to speak out on social issues. It provides criteria that can be applied to each situation. Communications leadership should also evaluate topics in the news that may demand action and consider preparing for them in advance. After watching a PRSA webinar with representatives of the Mayo Clinic, I determined these criteria for whether we will make a statement or take action on a given issue:

First, is the topic relevant to our mission, vision and values? What is its impact on our stakeholder groups? Are we a credible authority on the subject and do we have anything worthwhile to contribute? If so, do we have an internal champion to take the lead? And how will our participation, or lack thereof, be viewed by our stakeholders?”

John Elsasser is PRSA’s publications director and editor-in-chief of the award-winning Strategies & Tactics. He joined PRSA in 1994.