When two of Boeing’s new 737 MAX passenger jets crashed within five months of each other in late 2018 and early 2019, killing a total of 346 people in Ethiopia and Indonesia, the company faced the worst crisis in its 100-year history. According to reports, an automated flight-control system had sent the airplanes into nosedives. The entire MAX fleet was grounded for 20 months.

After Boeing made changes in design, software and crew training, the Federal Aviation Administration cleared the 737 MAX to resume flights in December. According to the Associated Press, American Airlines will be the first carrier to put passengers on Max jets beginning on Dec. 29 with once-a-day service between Miami and New York.

Gordon Johndroe, vice president of global media relations and public affairs for the Chicago-based aircraft manufacturer, spoke to members of PRSA’s Corporate Communications Section in the Nov. 5 webinar “Crisis Management on an International Stage: Takeaways from Boeing’s Biggest Crisis and Time Spent in the West Wing.” 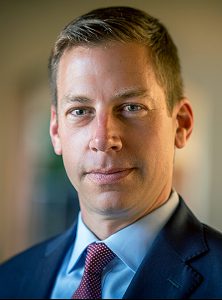 In this edited transcript, he shares in his own words what the 737 MAX experience has taught him about crisis management:

We have plans that allow us to act in a 24/48/72-hour situation. With the MAX, the playbook ran out after a few days, and we were in unprecedented territory. We need to plan for beyond 72 hours. You need a cadre of people within your organization who have media relations as a backup skill set… so the core team can catch their breath.

On working with senior management and the legal team:

We had a good team. Everyone was working nonstop under obviously difficult circumstances. Information was absolutely vital.

I don’t want to talk too much about it until the MAX is safely flying again. And that doesn’t mean just one flight. We have months ahead of us of returning the fleet we have stored — about 450 aircraft — to their customers. And we’re going to do about half of that in 2021, and probably the remainder in 2022. The airlines themselves have to return their fleets to service.

Our main focus now is the safe return to service of the whole fleet. And frankly, that will speak more than any reputational campaign we can undertake. If people see that the plane is safely flying again, that is the substance that will drive the return — the revitalization of the Boeing name.

On communicating with employees during the crisis:

We want to communicate to employees first, before communicating to the outside world. [But doing so was] almost impossible in the early days and months of the situation with the 737 MAX, [with] news organizations breaking news. We were playing catchup. We’d do an employee-news note after a story had run, which most [employees] had probably already read in a newspaper or seen online or on television.

On working with victims’ families:

This is tough and very emotional. In July 2019, we set up a $100 million fund, with $50 million for direct payments to families. Another $50 million was set aside for investments in their communities. [The fund] was separate from any lawsuits that may have already been settled or are ongoing.

Our government-relations team took the lead in reaching out to the families, traveling to Ethiopia to see what we could do to assist there. We tried to stay in touch with them. It’s a difficult and complicated relationship. We tried to learn everything we could about who we were meeting with, who they are as people and the loved ones they had lost — in some cases, several family members. And [we tried] to figure out what we can do as a company to assist them through their grief.

On employees speaking to the press as the MAX crisis unfolded:

If an employee goes public with information and is claiming to be a whistleblower, our response is that we have a number of avenues [they can use to] raise issues internally in the company, and we certainly prefer people do that first. As I mentioned earlier, safety is our No. 1 priority.

On performing the job of press secretary:

You want to be the eyes and ears for the media inside the building. What information can you get to the press that helps them do their job?

On the biggest lesson he has learned about crisis communications:

The most important thing in crisis communications is to keep calm. Explain the situation to people internally, gather the facts, and try to get your information out as quickly and as accurately as you possibly can.

Greg Beaubien is a frequent contributor to PRSA publications.

Generated by Feedzy
Scroll to Top