When Drew Herdener joined Amazon in 2003, the company was evolving from its early successes as an online bookseller.

In his role as a consumer PR manager, he was helping spread the word on new product groupings such as sporting goods and baby essentials.

“In those days, we focused on making sure people knew about the latest categories that Amazon was in,” said Herdener during a virtual fireside chat with PRSA’s CEO Linda Thomas Brooks on Oct. 4 — the first day of ICON 2021. “It has been amazing to watch the transformation of the industry over that time. For me, we started with less than 10 people in comms. Now we have several hundred.”

Today, Herdener is vice president of worldwide communications. During an insightful 30-minute conversation, he shared his thoughts and observations about the transformation of Amazon’s communications team as well as the PR profession. 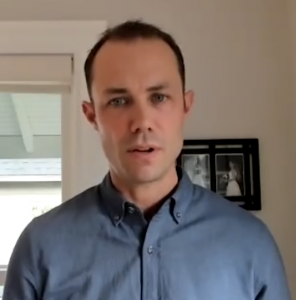 In his nearly 19 years at Amazon, Herdener has seen Amazon’s PR function move from a retail-consumer focus to a multifaceted approach that includes employee communications, social media, executive communications and reputational marketing.

“It’s rare now that we see résumés that come in, or have people even define themselves in the organization as PR [people],” he said.

At the same time, the audiences that they serve continue to grow to include employees, customers and policymakers.

“We’ve had to become much more data-driven. Anyone in PR has had those long conversations about proving the value of PR,” he said. “For us, we leapfrogged counting clips and assigning value.”

Several years ago, Amazon invested in what they call the research and strategy team, now with staffers to work with customers and policymakers to make sure that they understand the company’s intentions.

“At the end of the day, that’s the ultimate output for us — making sure people understand the company and our intentions,” Herdener said. “That is traditionally the advertising and marketing function. We built our version of it in comms, and it has helped us be much more targeted and strategic. It has been empowering for the teams.”

A facts-first approach to crisis management

“The very first question out of the company is always: ‘What are the facts?’ Leadership at Amazon is very truth-seeking, always looking to get to the root of what’s going on,” he said. “We figure that out, then communicate it.

“As a company of our size, there are going to be accidents and mistakes that happen,” he continued. “As senior leaders, the most important thing to do as a company is to figure out what happened and try to prevent it from happening in the future.”

Given today’s lightning-fast news cycle and the ability for social media posts to quickly go viral, it’s critical to balance process and speed to market.

“One of my mentors told me a long time ago: ‘You can’t unring the bell.’ There are times that you need to go fast, so we have to be mindful of that,” Herdener said. “However, once you say it, it’s hard to pull [the statement] back in. We work fast, work smart, and [work] at a high standard to make sure whatever we put out there is the right thing. It’s important to have that nose for accuracy, even before a nose for speed.”

Here are several other highlights from Herdener’s conversation with Thomas Brooks:

“That is a lot of people who can help us with awareness in certain areas. So, we work hard to make sure that our employees are the best advocates and ambassadors for the company and that they know what’s going on inside the company.” [Ed note: Amazon has more than 1.3 million workers around the globe.]

“That was one of the reasons why I was attracted to the company — comms already had a seat at the table. Communications then, and still today, is a separate organization from marketing. From the very beginning, it has never been comms informing or giving perspective through marketing. Both have an equal but distinct seat at the table.

“There’s a great quote from Bill Gates: ‘If I was down to my last dollar, I’d spend it on PR.’ That perspective is shared inside Amazon — senior leaders view communications as an efficient and strong form of marketing. The thing that I remind my team about, though, is that this seat is earned; it’s not entitled. We have to make sure we earn it every single day. I’m proud of how the team has earned and kept that trust and continues to do every day.”

“I sit down and take questions from the team and take them one by one. I already see tremendous value from these in breaking the rumor mill. I’ve found that ‘Drew said this’ can travel a lot of different ways. It has been valuable to connect with the new people and [those] who have been around for a while.” [Ed note: Herdener said that 200 people have joined the communications team at Amazon in the past year. He started hosting a virtual town hall every 6-8 weeks.]

“After George Floyd’s murder, my whole leadership team and the organization had some hard conversations about race and what our role should be in ensuring that we were an organization that was hiring, promoting and retaining Black, Latinx and Native American talent. We set a host of very aggressive goals, above and beyond Amazon’s broader goals,” he said. “We’ve made very meaningful progress. Since February of this year, we’ve doubled the number of Black employees in worldwide communications, which is seven months ahead of our goal. That’s step one. There is still a lot of work to do. We have some good early results, but it is extremely early — it is a marathon, not a sprint.”